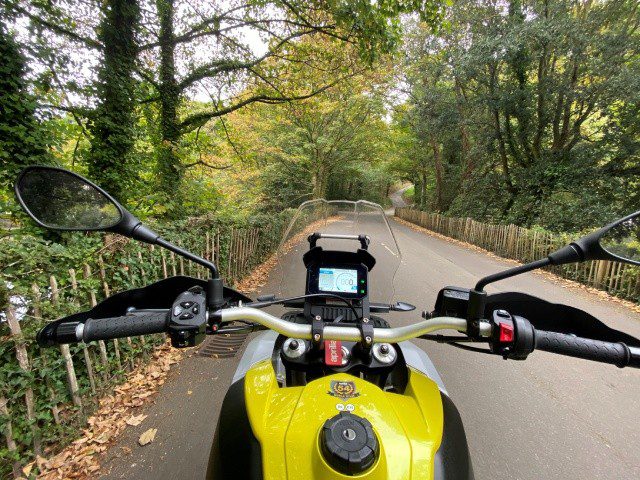 The Tuareg gets its name from an indigenous Berber tribe from the Sahara with its premium colour scheme ‘Indaco Tanglemust’ being named after the tribe’s indigo cotton turban-veils worn by Berber tribesman. It also comes in Martian Red and Acid Gold which is the one that I took out on the demo ride and it’s by far my favorite for this model.

The Tuaregs 659cc, 8 valve, parallel twin engine is modelled from the RS660 sports bike and the Tuono roadster, although retuned to better suit off-road riding with greater low to mid-range torque which is perfect for those on-road overtakes.

It has a 5” TFT dash which was bright and clear to see. It has four rider modes that are easy to flick between whilst you’re on the move which is handy. ‘Explore’ which is your standard on road setting with rider aids such as traction control and ABS, ‘Urban’ which increases the traction control and ABS and softens the throttle (Ideal for rainy days), ‘Off-Road’ which reduces traction control and removes the ABS from the rear wheels and ‘Individual’ which allows you to tailor the system for you. Cruise control comes as standard and whilst I think the Tuareg would have benefitted from a quick shifter, I’m pleased to see that they do this as an extra.

The engine produces a roar when starting her up and maintains a throaty rumble throughout the ride, a sound that I didn’t get fed up with hearing. I was surprised with how much punch the Tuareg gave from the minute the clutch was let out, it was away. It’s smooth and progressive and so easy to ride.

So off I set to see what this beast had to offer. For an adventure bike I found that it wasn’t as tall as it looked and I could comfortably touch the ground flat footed. It was a dry day but the roads were damp from the downpour earlier. As always, I started with a trip around the town to assess how agile it is in traffic and the riding couldn’t be easier. I was slipping in and out of the traffic and filtering through without any concerns at all.

I then headed to Waterworks Valley where there was a consistent coating of leaves on the ground. The Tuareg was not fazed by this and handled so well through the bends, happy to be pushed to the limit point, balancing out like it was on tracks. The mid-range torque made it a pleasure to ride.

I continued north and then around the west coast, covering about 50 miles of varied road conditions. I’m not an adventure bike fan in general but this bike was a lot of fun and had loads to offer. Add a quick shifter and comfort seat and this would definitely deserve a place on the fleet.

Aprilia have a huge number of accessories to add on to the Tuareg which provides you the opportunity to customize to suit your needs. They do a full tour kit with aluminum panniers and top-box as well as a touring screen. You can also add a centre stand, crash bars, LED fog lights, shark fin, an up/down quick-shifter and a comfort seat with added foam in 3 different heights (reducing the height by 20mm or increasing by 20mm).

Now whilst its true to say that everyone has a different opinion of what floats their boat, I’ve heard from so many people that the Yamaha Tenere is the Adventure bike to beat and having ridden both, admittedly on-road, the Tuareg is miles ahead in my opinion. If you haven’t had the opportunity to ride this yet, touch base with Neil and book a test ride, you won’t be disappointed. 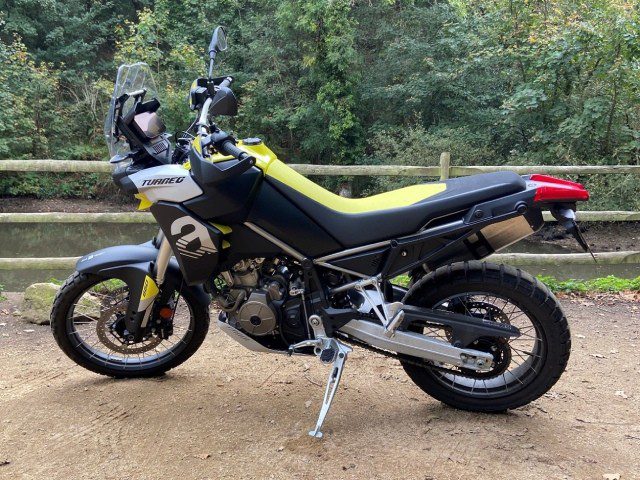 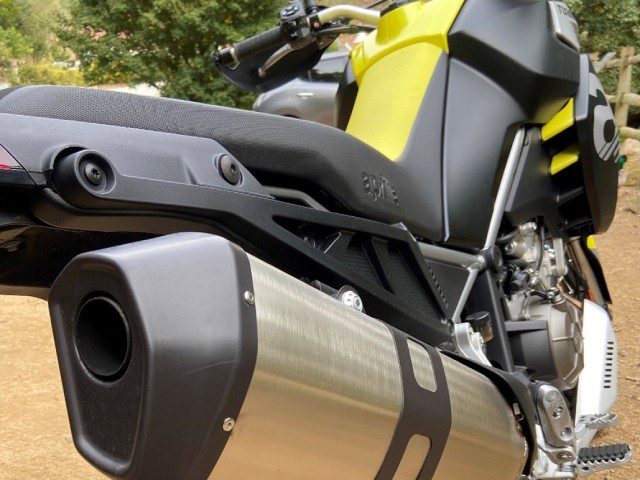 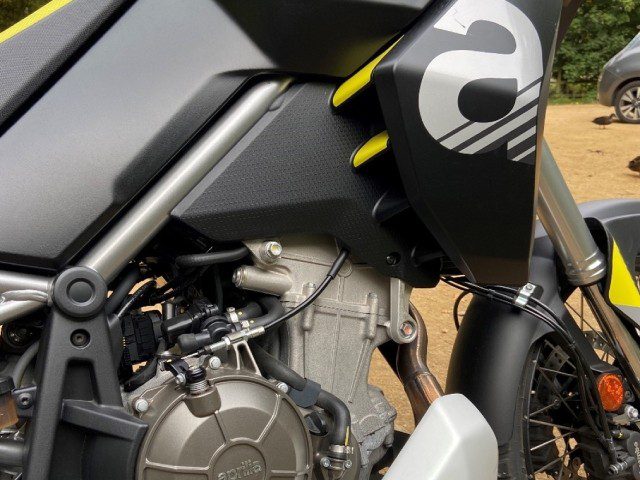 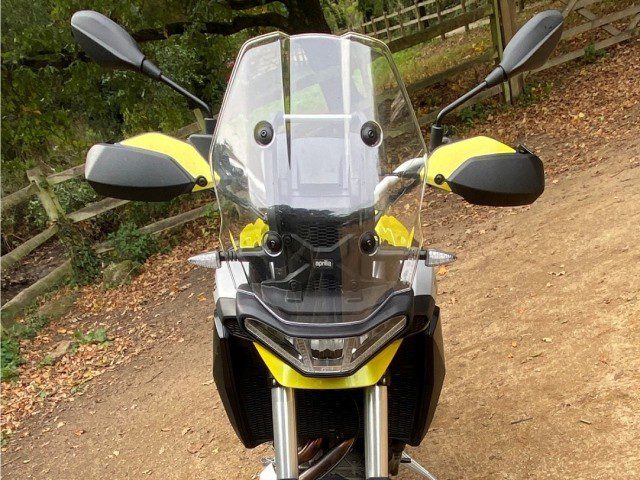