It’s been several years since I last rode a V-Strom and with an aging memory, I couldn’t recall what my views of it were so I wasn’t sure what to expect. Now I appreciate that everyone has different taste on colours but the yellow really doesn’t do it for me but I’m pleased to say that it also comes in two other colours so there is something for everyone. Having said that, when I stopped to chat to another couple of bikers whilst I was on the demo ride, both said that they thought it looked ‘cool’ in yellow so maybe it’s me.

A quick walk around the bike and first impressions on the design was really high. It’s got an adjustable screen which can be raised 50mm through 11 positions to benefit different riding heights, which has a quick release handle on the front of the screen to make adjustments very easy.

It comes as standard with a centre stand and 12v DC socket. It’s LCD screen is packed with rider information yet still clear and easy to read. The headlights are stacked which gives it a great look and the headlights, indicators and brake lights are all LED.
The Suzuki Intelligent Ride System (SIRS) is packed with loads of rider aids from Hill Hold Control, Cruise Control, Slope Dependent Control, Motion Track Brake System with 2 ABS settings and Traction Control with 3 separate modes.

First thoughts on pulling out of Inmotion and doing the town circuit was how light and agile it was. It’s a tall bike but the seat has 2 positions. It was set at the higher setting of 870mm which was fine but I would adjust it down to 850mm if I had it for longer. There is also an accessory option to lower it by a further 30mm making the height 820mm which would suit the shorter rider. The seat itself was comfortable enough but like all adventure bikes, they are not the best for long periods sat in the saddle so I would consider an upgrade to something a little more padded if I was going to tour with it.

Heading out of town and into the valley, the wide handle bars made it so easy to drop through the bends. The Liquid cooled V-Twin engine produced a balanced deep rumble that complemented the ride. It comes with 3 ride modes, C being the softest throttle response and great for inclement and poor weather. I chose B which provides a clear crisp throttle response which I was comfortable with. My test ride was on Tuesday when it was still nice and warm so the shading of the valley was great but it wasn’t long before the skies opened up when I was on the coast road at La Rocque and it poured down, clearly my punishment for venturing that far east. The bike didn’t faulter and the tyres held their grip firm to the ground allowing me to continue riding in mode B.

I flicked into mode A for a stint when the roads dried out but found it a little snatchy and abrupt for general riding but it certainly provides that little extra for the rider that wants that adrenalin rush.

The bikes designed as an adventure tourer and whilst I didn’t take it off road, if the off-road capability matches the on-road then it won’t disappoint. The rear suspension can be easily adjusted by hand with an easy access dial so you do get a little choice on how soft you want it should you decide to take it off-road.

All in all, I really enjoyed it and found it a very easy to ride, fun filled experience with a lot for its money. It also has a huge range of accessories that you can purchase to personalize it should you wish and a combination touring package for storage. 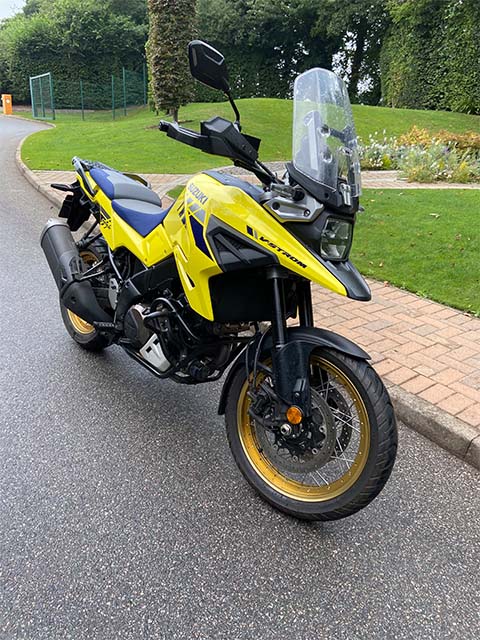 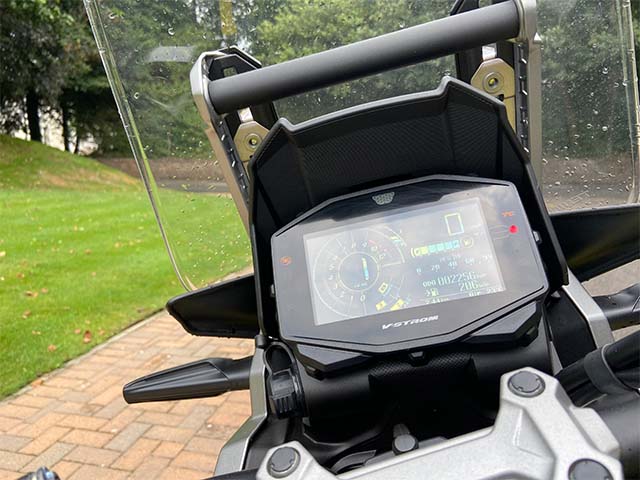 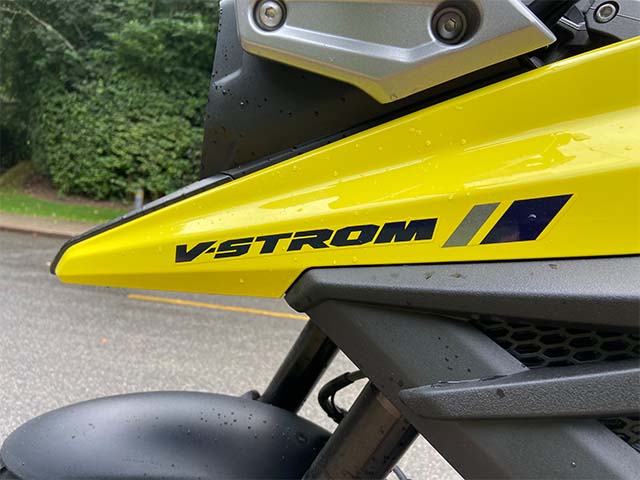 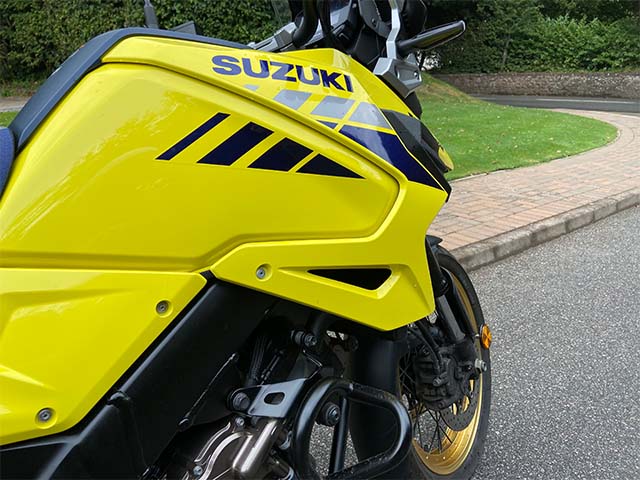